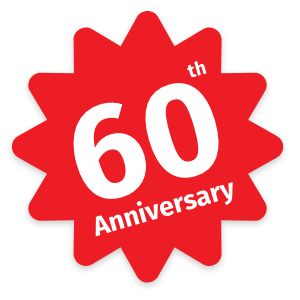 Popular remanufactured transmissions in stock include:

We Now Ship Only Within 75 Miles of Memphis TN


The Coleman Taylor Story – A Tradition of Quality

The city of Memphis, Tennessee, is known for many things – Elvis, BBQ, Fed Ex and Coleman Taylor Transmissions. In 1961, Larry Coleman and his brother-in-law, Bill Taylor, opened a transmission shop and started a 60+ Year history of growth and development.

Coleman, president of the company, completed 2 years of engineering at Christian Brothers College in Memphis, and explained that his career in the transmission industry actually started when he went to work for a transmission shop in Memphis. “Before I went in business, I was working for a shop that I considered a bit unethical, and that’s one of the things that motivated me to go into business for myself. I thought that if someone did this job honestly, they could make a good living at it. I quit smoking and drinking, got married, and went into business all on the same weekend.”

His faith in the industry certainly was justified. Throughout the years, the operation has grown to 11 retail centers in 5 cities and a manufacturing center. He noted that the company rebuilds approximately 25,000 transmissions a year. Several events throughout the years have brought the company to the leadership position it holds right now. Torque Converters Inc, (TCI) was originally part of Coleman Taylor. In 1969, Coleman bought out Taylor’s interest in the transmission operation and his brother-in-law kept TCI. It was an amicable separation, Coleman was quick to point out, “We married sisters and we still live two doors apart.”

The Company’s Roots Were in Racing

The company’s roots were in racing, Coleman said. Both he and his partner had drag-racing cars. Later in 1986, Alan Kulwicki won Rookie of the Year honors on the Winston Cup circuit driving the Coleman-Taylor owned T-Bird on the Super Speedways at Daytona, Talladega, Charlotte, and Atlanta. Coleman-Taylor hasn’t been involved in the racing circuit since 1988, but still maintains a strong interest in the sport.

In the mid ’70s a lot of things happened. The company expanded into several markets with many new facilities. “We also made an important decision in retail stores to give our customers an upfront price after diagnosis. They’re not obligated. That’s created a lot of goodwill.”

“We’re very strong technically,” Coleman emphasized. “Every manager who operates a store comes through the ranks from the bottom up, so that everyone is a fully-trained ASE-certified technician. When an employee attains the expertise, we start looking for a location for him to manage. We expand to create opportunities for our employees.”

We Train All Employees

From the beginning, it has been the company policy to hire employees without any experience and train them from the ground up. Actually, he said that 95% of the people come with no previous experience in the transmission industry. “We train them all the way, which has worked out very well. Coleman Taylor has 150 employees with 1/3 having over 20 years’ experience with the company.

Nick Coleman started with the company in 1983 where he worked his way up the ranks. He currently manages all retail operations. The growth of the company has been steady over the years. One of the reasons for the sustained growth and expansion very well may be the company motto, which was instituted from the very beginning – “Whatever it takes for Customer Satisfaction. Always give more than you promise”. 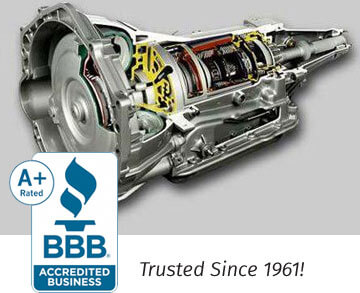 What Our
Customers
Are Saying:

When it comes to transmission suppliers in the South, Coleman Taylor has been a leader since the 1960’s. Their mechanics are ASE certified, and you are assured that their remanufactured transmissions are tested, they’re in stock, and they back them with a no hassle warranty. – Steve S.

As long as I’ve done business with Coleman Taylor’s Reman division, if they didn’t have a transmission in stock, they rebuilt a core within 24 hours of receipt. They truly are the best. – Wendell M.

The guys at Coleman Taylor Transmissions are knowledgeable, trust-worthy, and always honor their warranty. Their dedication to customers assures you that they will ship between 1 – 3 days. – Mitch L.

Whether we ask for a GM 4L60E, Honda transmission or AODE/4R70W, Coleman Taylor always has these transmissions in stock, and ready to ship. Their customer service is of the highest quality and they always deliver when it comes to warranties. – Hugh P.

For over 45 years we’ve done business with Coleman Taylor Remanufactured Transmissions and they have never let us down. When you talk to them, you speak to a dedicated employee who is familiar with transmissions and they really care. I won’t go anywhere else. – Todd T.

No doubt Mr. Coleman hand picks his remanufacturing team as I’ve spoken to a Ford specialist, a GM specialist and a Chrysler specialist when I called technical support. They stand behind their 3 yr/100,000 warranty every time. I can always count on them! – Stan R.

The difference between Coleman Taylor and their competitors is customer service. True customer service. Their employees are trust-worthy, they never hassle us over a warranty, and best of all, they always have the Honda, Nissan and Toyota transmissions we need in stock! – Arnie W.

Coleman Taylor Reman’s support department is the absolute best in the transmission industry. Everyone you talk to over there knows their product line through and through. They are passionate about what they do and try hard to make their customers satisfied. I always feel confident after speaking with them. Give them a try – you won’t regret it. – Charles S.

Once we ordered a few transmissions from Coleman Taylor, we never used another supplier. Why? They exceeded our expectations – answered the phone when we called, know their products well, and always provide a solid 3 year/100,000 mile warranty. – Timothy L.

Remanufactured transmissions are shipped weekly to these cities and others, across the South: